This quick and easy malva pudding recipe is the perfect candidate for a Sunday lunch dessert. If you ask most people on a Monday what they had for dessert on Sunday, they will tell you, malva pudding. This traditional malva pudding caused quite a stir on social media.

We remain forever thankful to our amazing Facebook followers and the recipe contributions we receive daily. If you have a good malva pudding recipe then please share it on this page where you can tell us everything about your recipe. If your recipe qualifies we will publish your recipe and who knows, you might even become the winner of our coveted purrrfect award.

Thanks for giving us the opportunity to show you how to make malva pudding.

Tell us what you think

I am a huge fan of your recipes and follow all your recipes on Facebook and Instagram. Thanks for yet another winning recipe Your recipes are world class and you make me feel proud to be South African. A world where we share great food and cooking ideas, and the best friendships. 5.00
July 22 , 2022

This malva pudding recipe is out of this world. You cannot go wrong with this recipe and everybody loves it. Even the kids go for second helpings. 5.00
June 19 , 2022

Now I also know how to make malva pudding. I will make this pudding for my husband when I am married every Sunday. 5.00
June 13 , 2022

I just left another comment on your apricot jam recipe page and wanted to say thanks for all the wonderful recipes including this easy malva pudding recipe. 🙏 5.00
June 8 , 2022

Finally, a malva pudding recipe that was worth trying. Nothing fancy about this recipe and baked to perfection. 5.00
May 25 , 2022

Time to celebrate. I looked all over for a traditional malva pudding recipe and you don't know how happy I am to have found this recipe. Hooray. 👏 5.00
May 2 , 2022 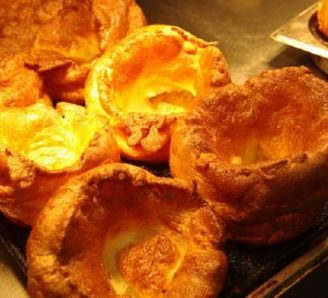 The Cooking Cat is a home cooking project launched by husband and wife Chef Couples Iwan and Marna Ross. It initially started off as an experimental cooking project and quickly grew into a community-based cooking project. All recipes featured on the Cooking Cat website are the results of food trend analytics collected by Iwan Ross, an oasis for food bloggers. SCP provides food bloggers with recipe page templates, a recipe database, food blog topic suggestions, and much more. We thank them for their continued support and the success we celebrate as The Cooking Cat. They are also responsible for the success story behind The Smoking Chimney.